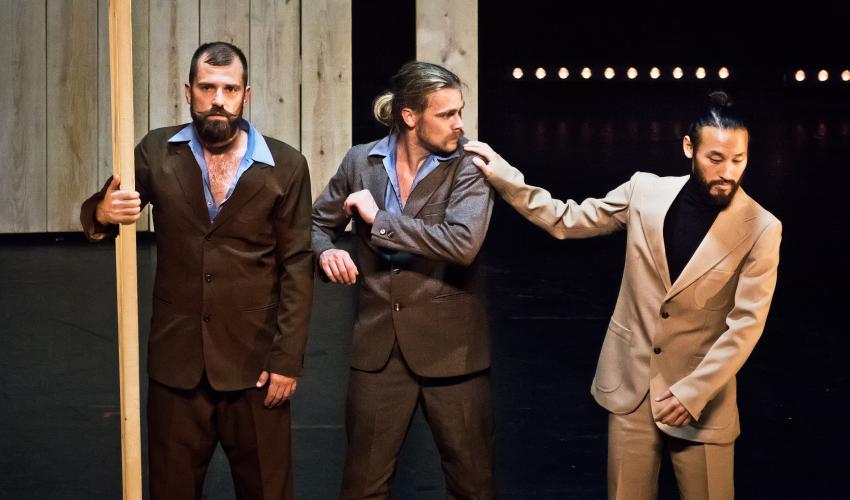 DON GNU are back in their threadbare socks and downtrodden sandals in their hunt for contemporary man’s identity. “M.I.S. – All Night Long” takes measure of modern man. What’s up? And how is he really doing – underneath those woolen socks and comfy sandals? ​Here you meet the dazed and confused; the grown dude who was raised in the 1970’s as a bouncing ball between role models from Dirty Harry to Sesame Street. In a hard-boiled mix of jackass stunts, slapstick comedy and raw physicality three men get off the fence; Out of their comfort zone to come to grips with their inner beast, the Latino lover, the pushover, the best buddy – and all the others – in a quiet battle for a man’s right to be himself. The performers take the stage on a backdrop of wacky film projections and live club music that comment and frame the characters’ physical endeavors – all night long! 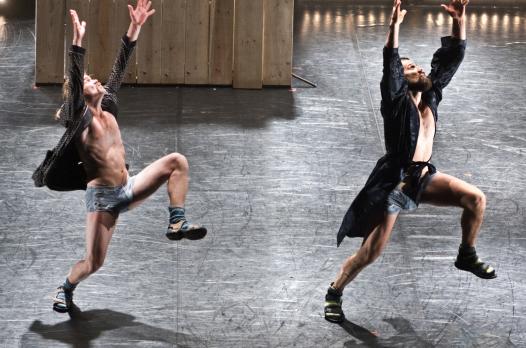 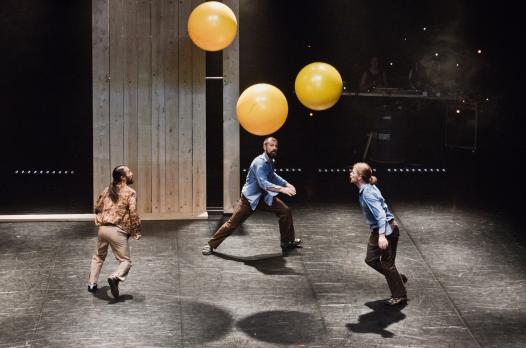 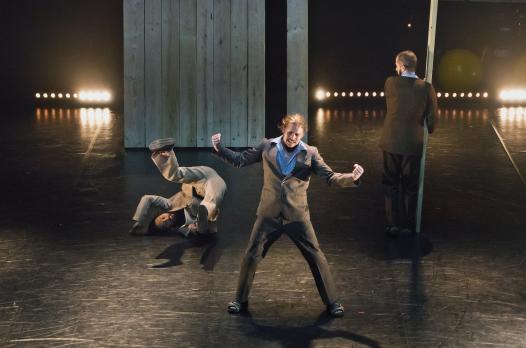 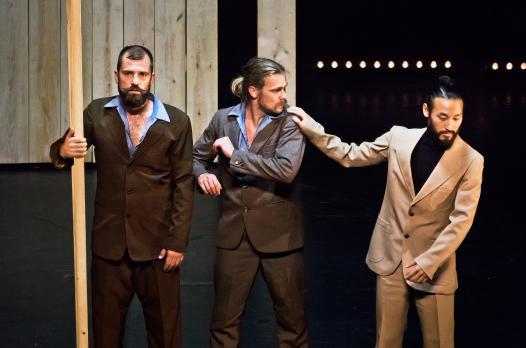