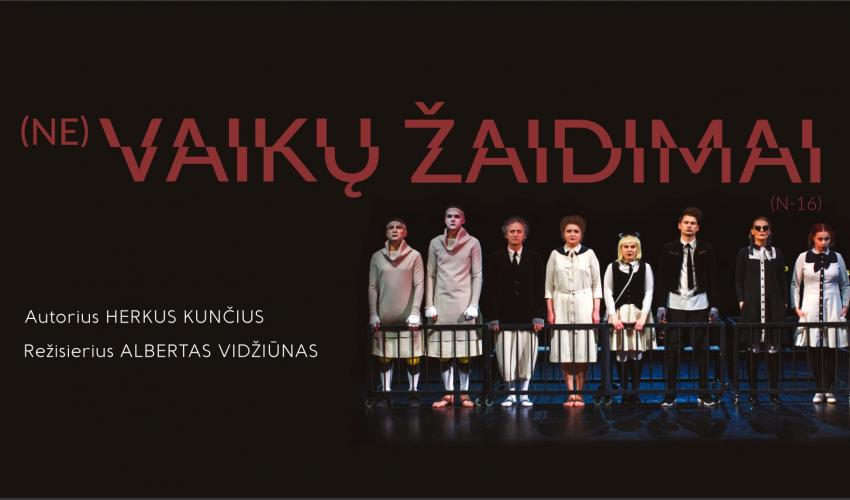 ...Mother solves crosswords # father swears# virtual people plays a war # dogs barking on their owners # owners are training their children # and the children interacts with their peers  trying to play not a childish games ...

This is a fairly realistic caricature of the modern family seen in the performance created by the director Albertas Vidžiūnas and one of the most scandalous Lithuanian writers - the dramatist Herkus Kunčius, whose prose is characterized by obscene themes, shocking depiction and breaking of moral scruples.

The performance is a sharp social drama that highlights the topicalities of modern Lithuania, incorporates the issues of parent-child relations and youth interaction. The performance space is a block of flats and "children’s games" that are played around it, i.e. not a childish communication or something left behind it. Some play a "war", others "doctors", and the third ones lie drunk – and after all – under the balcony there is a cemetery where things are incomprehensible ... These recognizable and associative strengths makes the whole dramaturgy of the performance, rising the meaning from the household level to the universal dimension. The performance articulates the most sensitive topics of (not)understanding each other, aggressiveness, manipulation, cruelty, lacking of spirituality, and introduces the audience to the shocking and uncomfortable theater. Eye-blowing images and "special effects", different means of expression, brutal teenage psychological and physical violence will reveal the alienation of the society. The Easter family dinner would be a direct hint of biblical sacrifice and redemption, that will put all viewers a mind-blowing question: "For what why, for God’s sake ?” 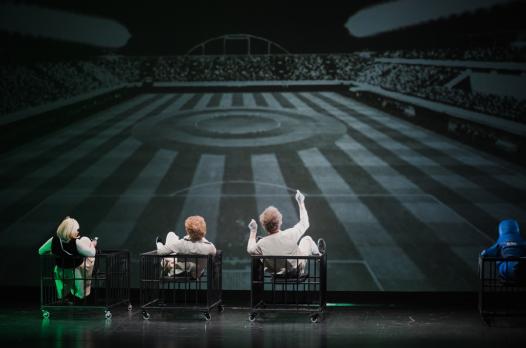 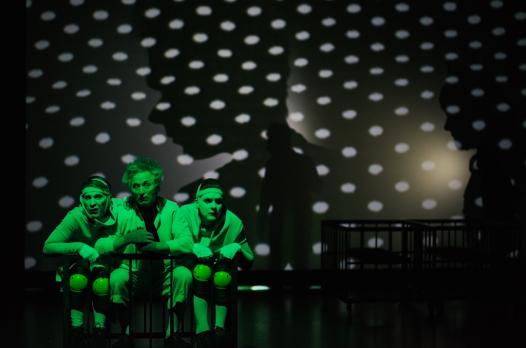 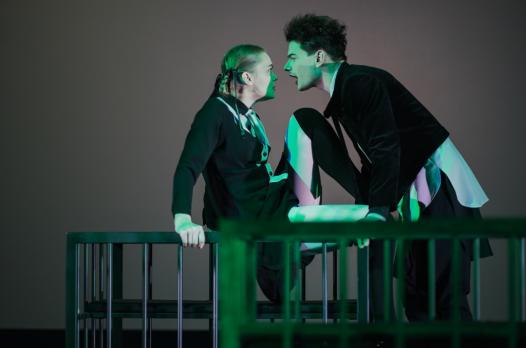 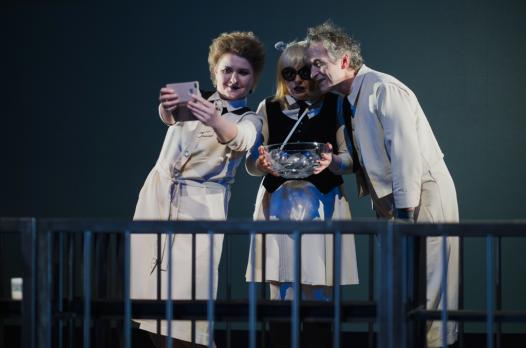